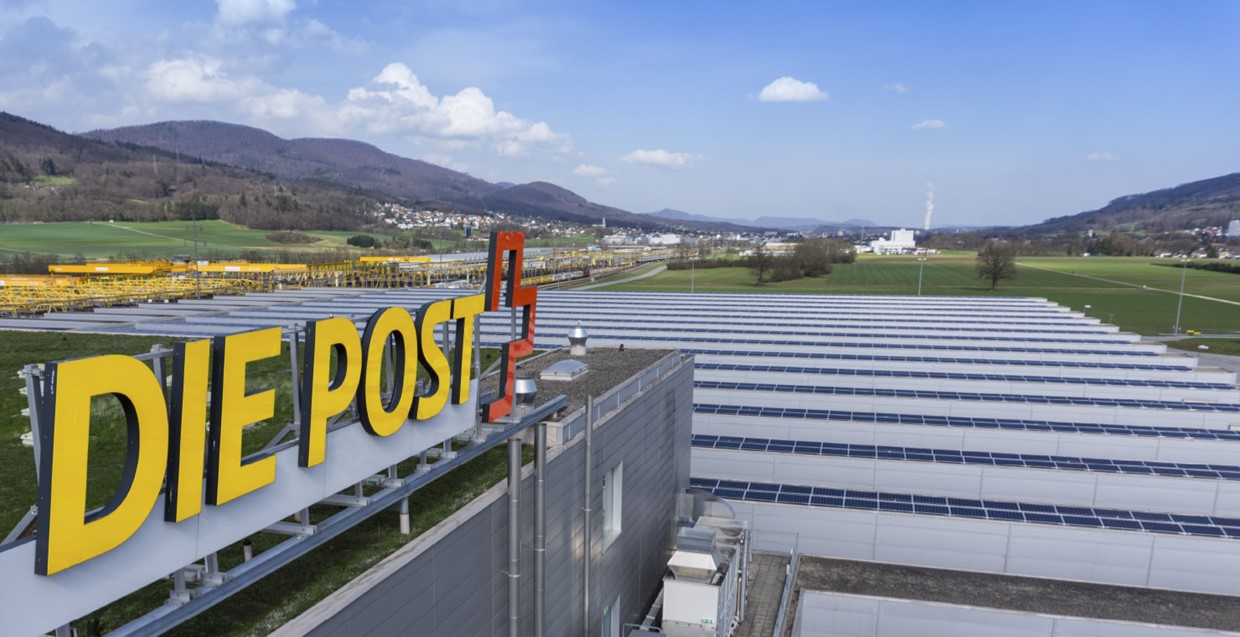 Swiss Post generates solar electricity for its own use in its photovoltaic systems. The surplus is fed into the public grid.

Solar electricity for the company’s own use

With its eleven photovoltaic systems, Swiss Post fed around 6 gigawatt hours of solar electricity into the grid in 2017. By the beginning of 2020, it will bring 12 more systems on stream and use the electricity produced for its own requirements.

Swiss Post is expanding its commitment to renewable energy: in addition to the 11 photo­voltaic systems already in place at the letter and parcel centers, Swiss Post has been planning and creating 12 others since 2017. Solar electricity from these will be used to cover the company’s own requirements. This second “wave” of photovoltaic systems for internal use should be completed by 2020. The surplus is fed into the public grid.

Second-wave systems in Aigle, Mägenwil and Neuchâtel are already in operation. In Neuchâtel, an innovative energy storage unit was installed, which is charged with the surplus generated by the system. The energy storage unit is fitted with used Swiss Post scooter batteries, giving them a second lease of life. The unit can be used to recharge vehicles overnight or cover off-peak power requirements. This system has been in operation since March.

Every year, Swiss Post receives funds from the redistribution of the CO2 levy on fuels. Since 2010, it has used these funds for climate protection as part of its “pro clima – We’re acting now” sustainability programme. In 2017, more than 2 million francs were invested in electric and hybrid buses, electric vans, biogas, biodiesel, replacement of fossil-fuel heaters, LED lighting, awareness-raising, tyre tests and many other measures.